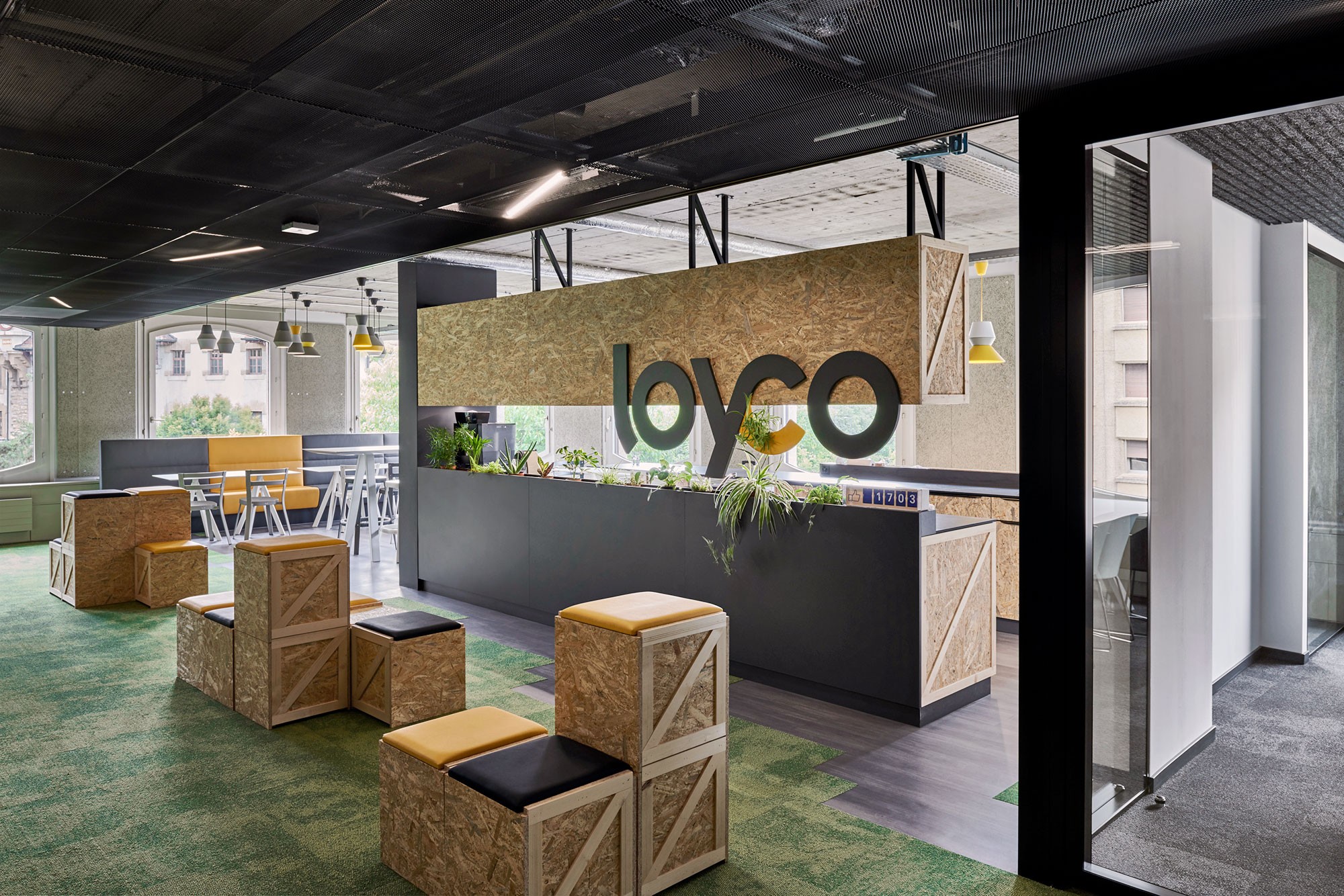 Within its new premises, the Geneva-based SME occupies an open space of 600 m2, which was initially reduced to its bare minimum, an expression of assumed brutalism and transparency. The ideal way to free up space for this young up-and-coming company that wanted to free its clients from the restrictive run-of-the-mill administrative systems.

Built around a central focal point, which brings together the lifts and the conference rooms - glazed and fitted with benches, which are inspired by railway aesthetics, two spaces face each other.  The first one, functional and industrial, brings together the employees' offices; the second one is the cafeteria. Partly built in OSB, the cafeteria displays the company colours, from the cubic islands for conviviality and waiting to the forest of lighting (XX mark) on the ceiling.

On the floor, an interweaving of carpet, which gives the impression of undergrowth, and PVC slats bring together vegetal and mineral, which overlap each other, one merging with the other, creating an interior island, symbol of a company "strongly committed to people and to a better world”. 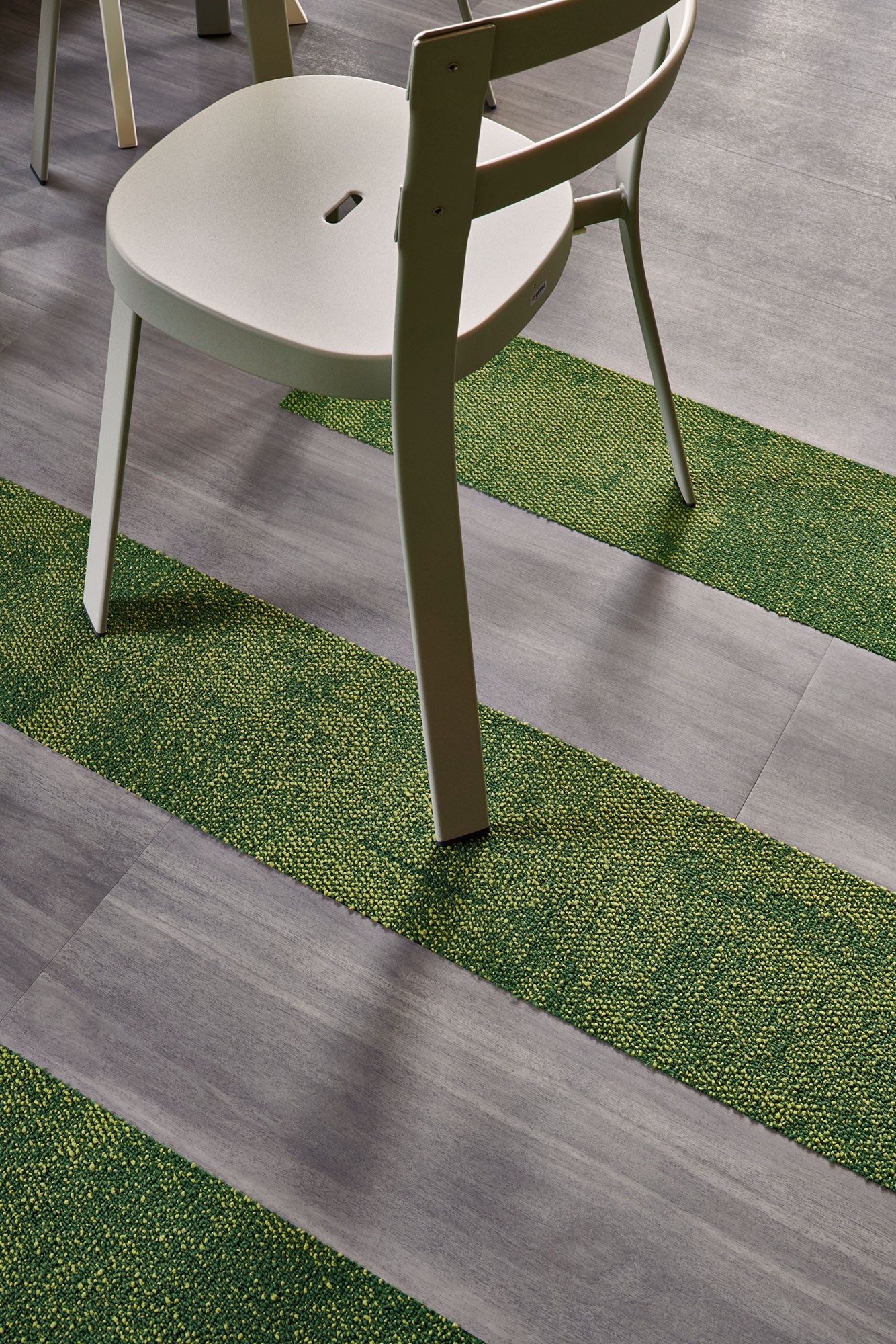 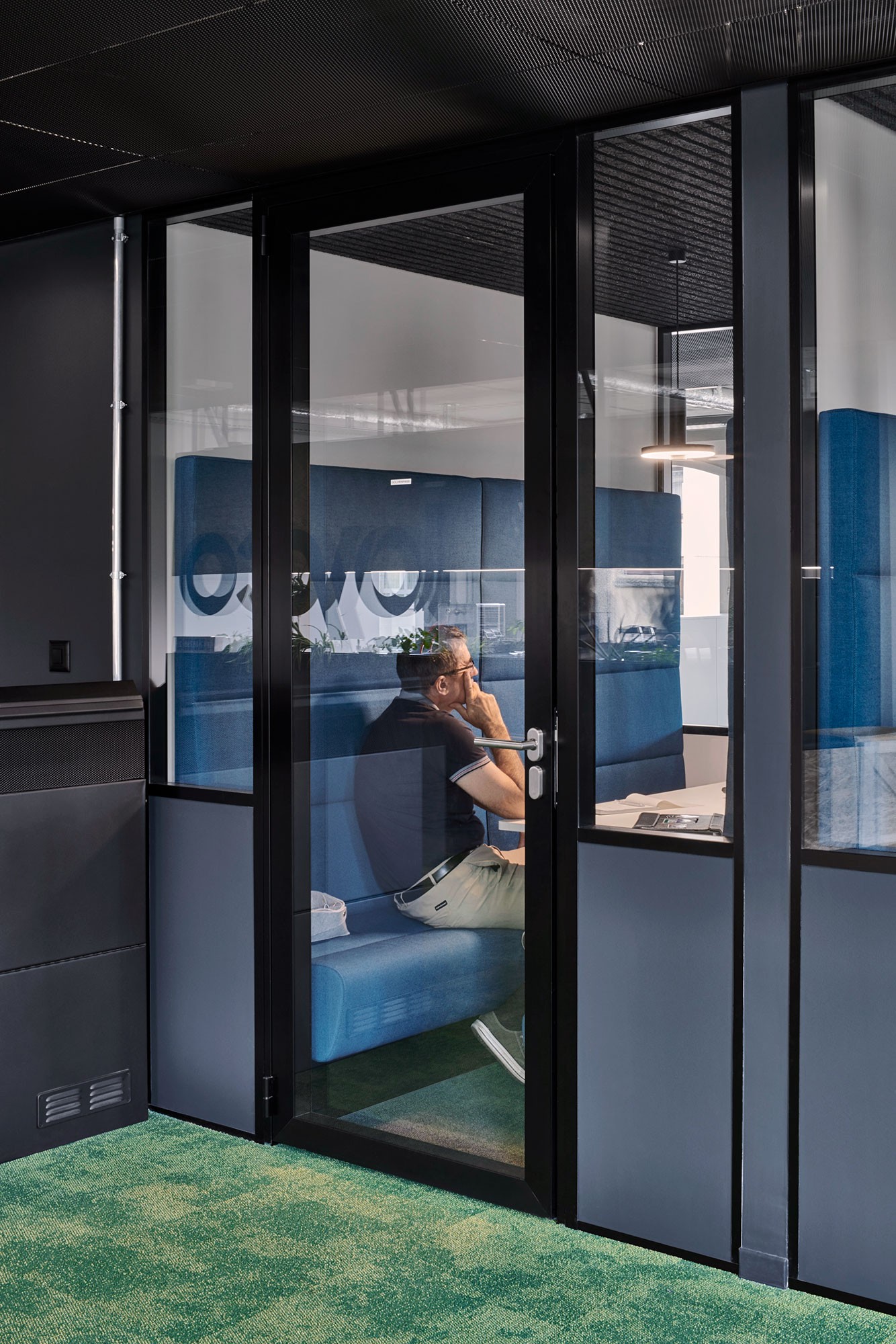 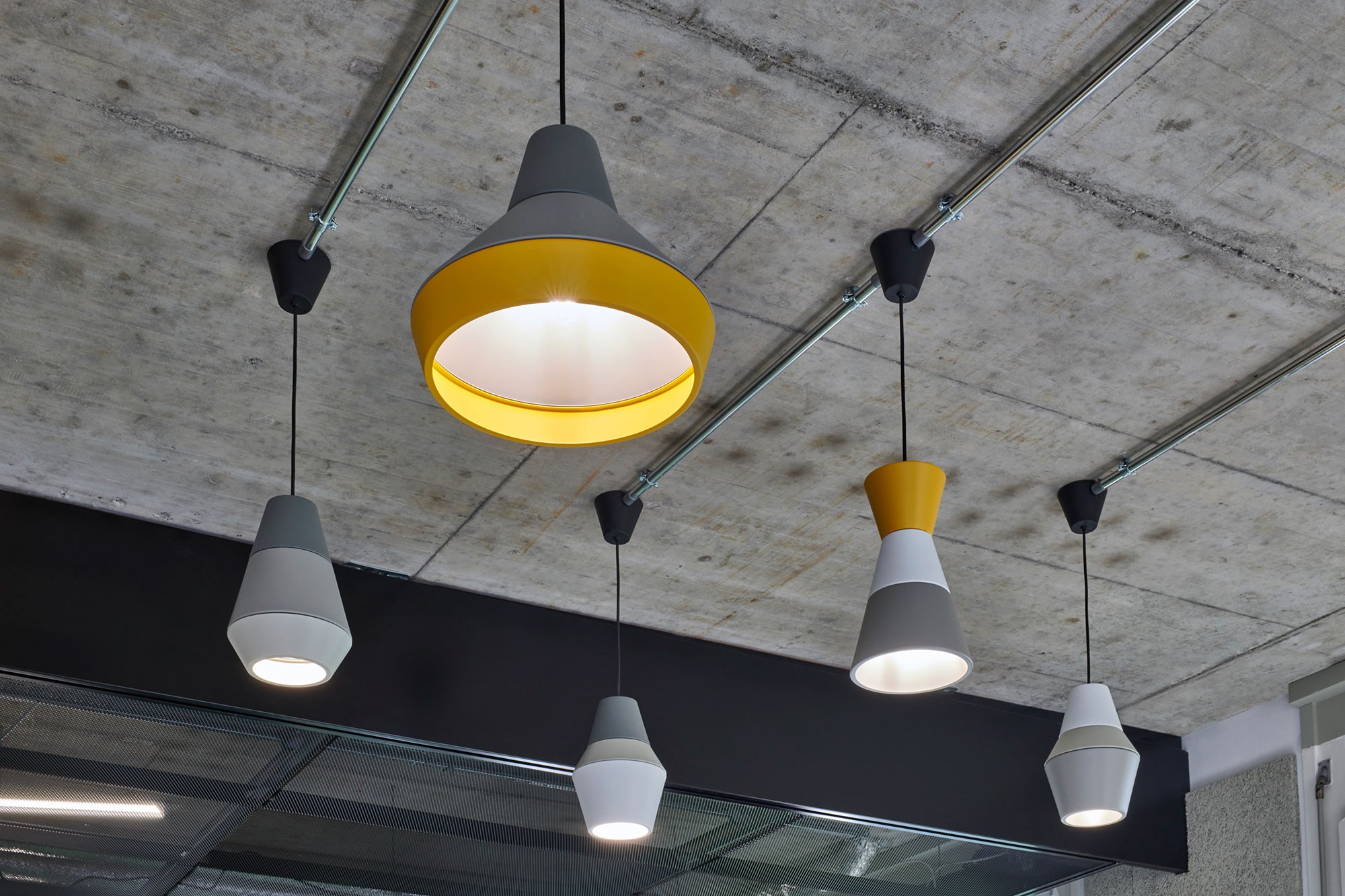 A matrix analysis of needs and constraints made it possible to optimize interactions between employees. 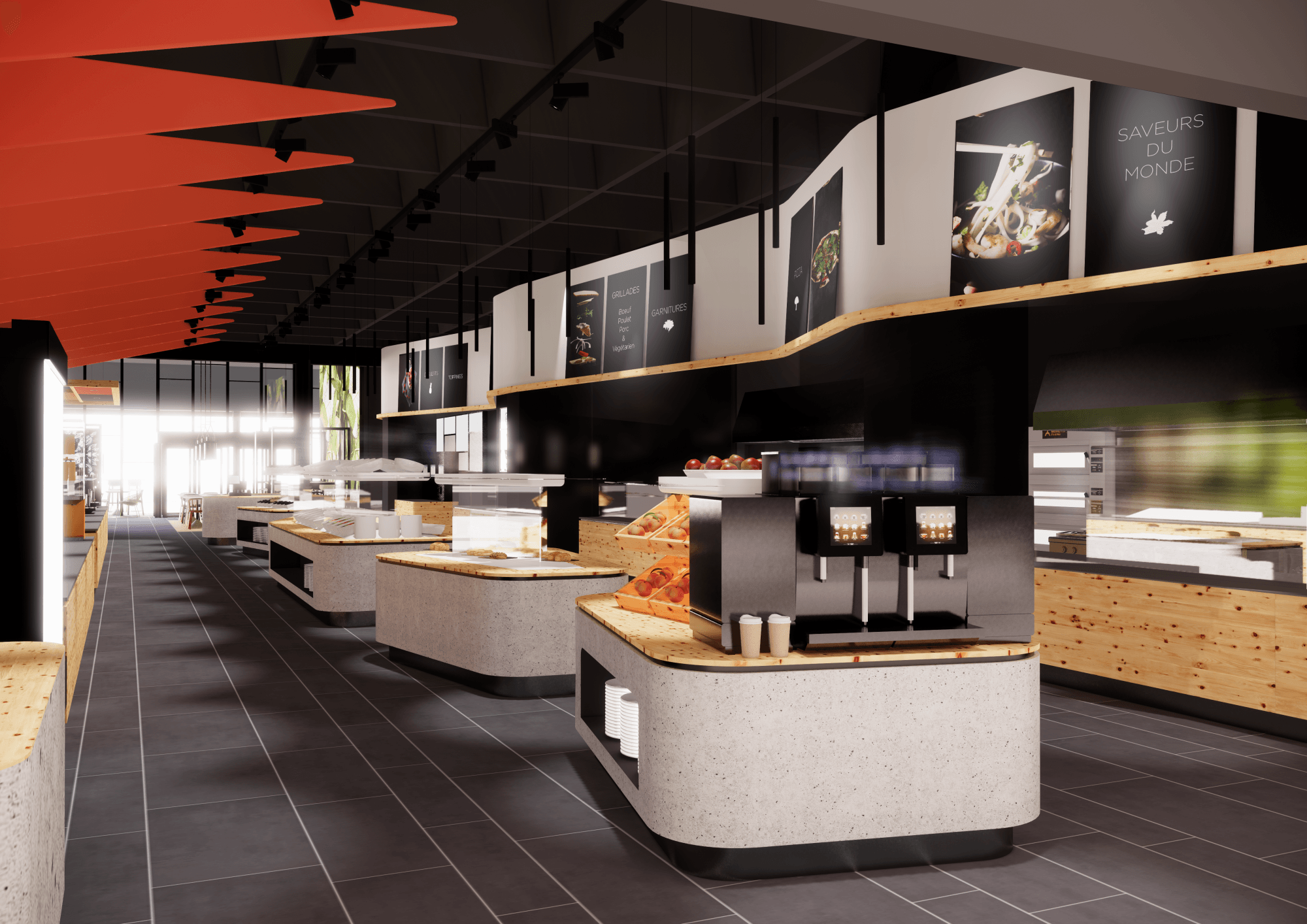